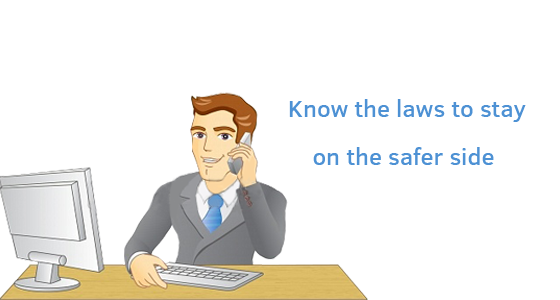 If you are a resident of California and thinking of transcribing a phone call without the consent of the person concerned let me warn you it’s illegal in California to record or transcribe a telephonic call without the permission of the people involved in the conversation. Devices such as wiretaps, digital recorders, and tape recorders have been used to record telephonic and in-person conversations for decades. However, the use of recording devices has serious implications on people’s right and expectation of privacy. In order to safeguard against potential abuse, many states, including California, have strict laws regarding the recording of telephonic conversations.

According to California Law

California Invasion of Privacy Act Penal Code § 632, makes it illegal for an individual to monitor or record a “confidential communication” whether the communication is carried on among the parties in the presence of each other or by means of a telegraph, telephone, or any other device. California is known as a “two-party” state, which means that recordings are not allowed unless all parties to the conversation consent to the recording.

A violation of Penal Code § 632 can lead to a fine of up to $2,500 and/or imprisonment for up to a year. In addition, the violator may be subject to civil liability in the amount of $3,000 or three times the amount of any actual damages sustained as a result. Under the California Public Utilities Commission General Order 107-B(II)(A)(5), a recording is allowed only if there is a “beep tone” warning. Under California Penal Code § 633, state law enforcement officials may eavesdrop and record telephone conversations.

So next time if you want to transcribe a phone call in California make sure you have taken the consent of both the parties involved and you are abiding by the California State Law, otherwise you will have to pay a very heavy price as given in the law.